Belgrade, Serbia was on Iced Earth Tour list on the 4th of February, 2014.

Because there was a must do event on my schedule the previous day some 100 Miles away in the neighboring country, I couldn't buy the ticket in advance. I was lucky enough to reach Belgrade at noon right on the day of the concert. The first thing that I've had to do was to go to the booked apartment in order to park my car (if you think you will find a parking place in the very heart of Belgrade, well, you are a dreamer, like Ozzy!).

With my car parked, the very next stop was Dom Omladine Beograd (Youth Center in Belgrade) in order to check for tickets availability. Yes, the tickets were available, but the payment had to be done in RSD (Dinars). There are exchange offices (menjačnica) at every corner, and there was one right across the street. Money changed, ticket bought... and some seven hours to spend in Belgrade until the concert will begin!

Being the appropriate hour for shopping, and Knez Mihailova street at a rock throw (two corners towards West), a shopping session was about to begin, but this is not a topic for this blog.

I left the room of the apartment (Apartments Skadarlija) at 7 PM sharp in order to be there among the first to enter the show, because the tickets had no printed place numbers. According to the time printed on the ticket, the show was about to begin at 8 PM. 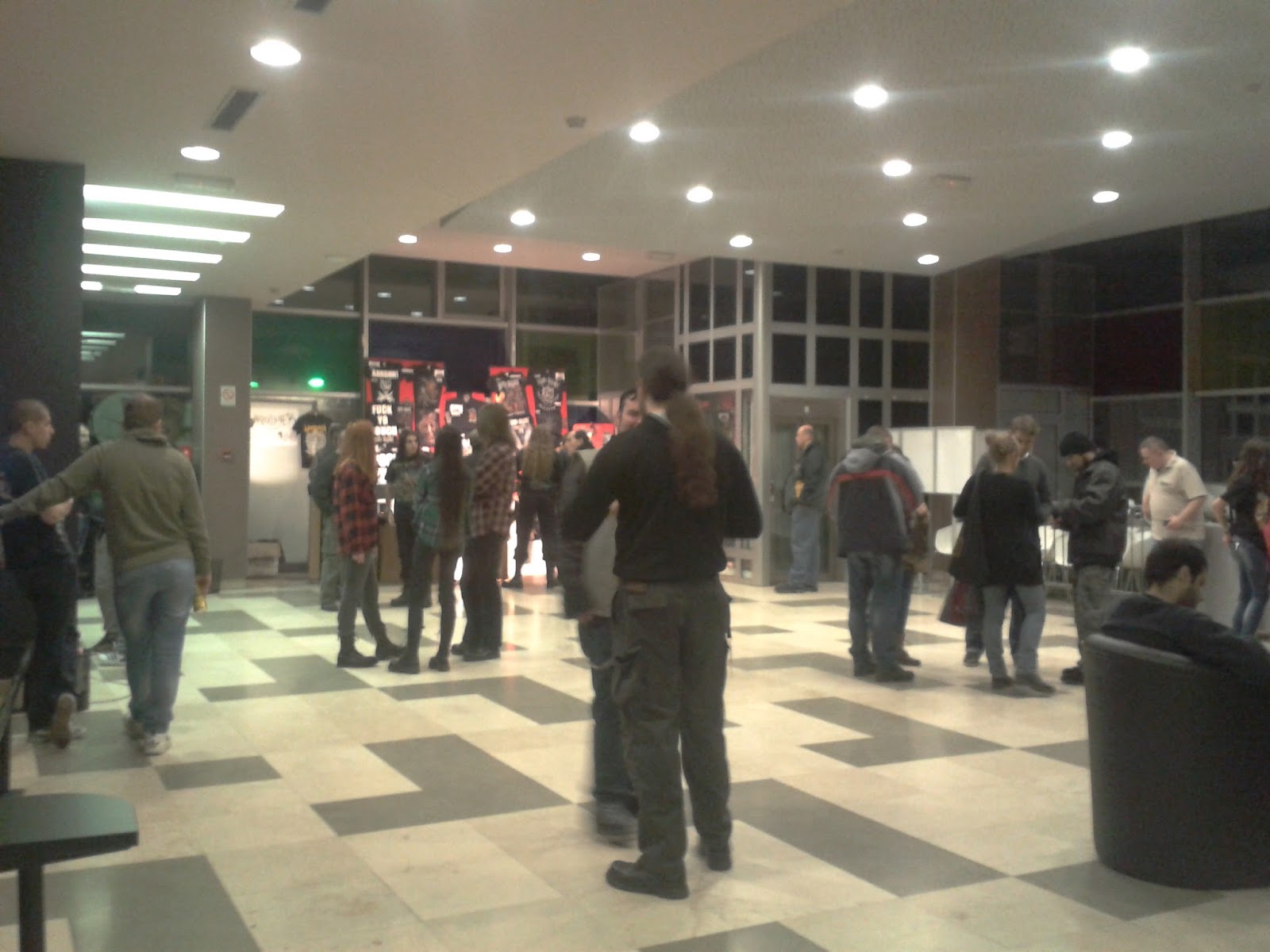 There were just a bunch of metal fans. According to my previous Belgrade experience (Ozzy and Friends), and other rock and metal concerts in Europe, it was curious for me to encounter such a few number fans.


They were few in number but the look in their eyes told all who beheld them that they would leave this day only in victory or death. Warriors Prayer - ManOwaR

Around 7:20 PM the tickets were checked, and we entered from the entrance hall towards another one at the next floor, the one adjacent to the concert hall. This has been probably chosen according to the low number of sold tickets (I don't think that more than 350-400 metal fans attended the show).


At 8 o'clock sharp, a guitar sound announced that the show is about to begin. Elm Street from Melbourne, Australia, entered and entertained us with their heavy metal sound, Barbed Wire Metal being the album promoted at this concert.
Ladies and gentlemen! From Los Angeles, California: Waaaarrrbringeeerr!!!
Warbringer (warning: the website automatically starts an audio player!) was the second opening band, and their sound positively impressed me!
Not to mention that now I am the metal fan owner of a concert ticket signed by John Kevill!

The stage is now prepared for the ones we came here for: ICED EARTH.

They have played songs from their last album, Plagues of Babylon, and also from their older albums, among them Dystopia and The Dark Saga.

The song Watching Over Me must be mentioned here due to its strong emotional burden.


The name Iced Earth was suggested to Jon Schaffer by his best friend Bill Blackmon, who later died in a motorcycle accident. The song 'Watching Over Me' is dedicated to him.

Speaking of John Schaffer, here's one of my posts about Demons and Wizards, the power metal band formed by Schaffer along with Hansi Kürsch from Blind Guardian.

I was very pleased of the performance of the opening bands, Elm Street, and Warbringer. I am looking forward for their evolution!

As about ICED EARTH...

We stand tall with pure defiance
[...]
Standing tall with those who truly are aware
We survived, is it really over?